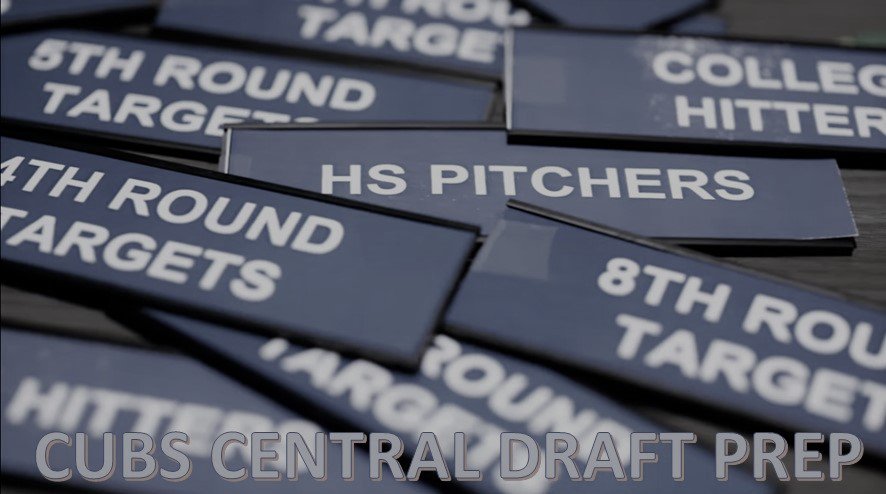 Right now, I don’t have a lot of preconceptions about the draft. The only one I do have is that the 2020 draft is going to be deep with talent. The Cubs should be able to get two very good players, possibly three in the top 80.

After the 2019 draft, I did not want to go anywhere near the topic of the draft for a long time. However, with the Cubs controlling the 16th pick, that changed the nature of the pick, and, most importantly, the urgency and impact of the pick.

When I am totally in draft mode, I am checking out profiles, backgrounds, rankings, looking at player’s college pages, and watching videos. So far, thankfully, I have not reached that full-on mode. What I have been doing is checking out some draft boards and rankings along with a couple of mocks to see the type of pick the Cubs could select in the first round.

The Mocks
Most of the mocks I looked at only had ten picks. They were loaded with college arms, which could be good if the Cubs are looking for an impact bat, which they should. Considering the contract status of several players on the Cubs 25 man roster, the players the Cubs select in rounds 1 and 2 might need to be counted on by the summer of 2021 or the spring of 2022. That’s how urgent the need to find a high quality player is at this point in time. Here’s one mock that is a little deeper and here is a picture of a different mock. 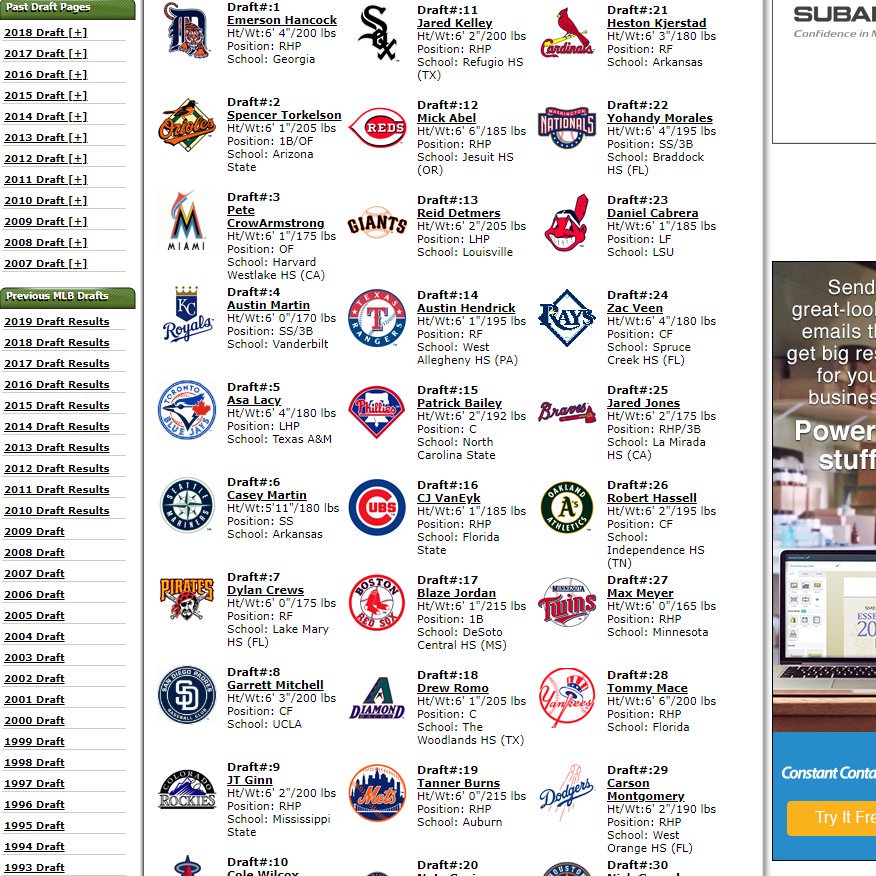 The Boards
The three boards I looked at have quite a variation in talent analysis. Some guys that are in the top ten on one board did not make the top 20 on another. I checked out Fangraphs big board and Baseball America’s top 50 HS guys and their top 50 College guys.

Here is top of Fangraphs’  board. 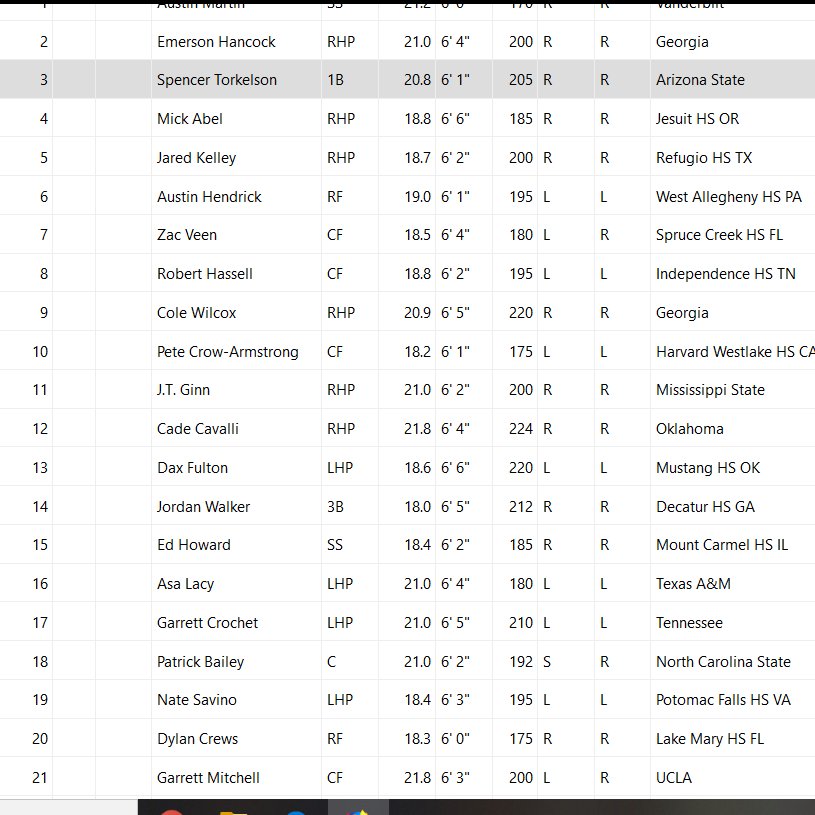 The Cape and Other Summer League Rankings
The Cape Cod League is the most prestigious of the summer wooden bat leagues. Baseball America ranked their top 50 prospects in three parts (1, 2, 3) and it used to be a good barometer on a player’s hype heading into the next season of college ball. The rankings give you an idea of who might shooting up the rankings in the spring. Normally, I check out the rankings for the Northwoods League, too, but I have not seen them yet.

Some Names and Some Video Links
I knew it would be hard for me to write an entire article and not drop any names, but there are about 5 guys I am going to keep an eye on for when the college baseball season kicks off in 2020. Click on the name to see video of the player.
1. Garrett Mitchell – OF – UCLA – The toolsy outfielder has been in the top ten on some boards and in the 20s on other. If he gets off to a good start this spring, he will be out of the Cubs’s reach.

2. Heston Kjerstad – OF – Arkansas – Right now, he’s in the 20s but if he hits the weight room, the Cubs could have him in mind as he has a beautiful swing with some long levers for power.

3. Blaze Jordan – 1B – High School – This is the guy I want. He has big time power bat and will just be just 17 when drafted. I really doubt he is around by 16. What hurts him is that he is a power bat without a position.

4. Reid Detmers – P – Louisville – He would be the third Cardinal pitcher taken by the Cubs in three years (Riley Thompson and Michael McAvene) and what gets him on this list is that he is a power lefty. He was the ACC Pitcher of the Year in 2019.

5. Nick Gonzalez – 2B – New Mexico State – He had a good summer on the Cape and he is on the rise on most boards. Like Mitchell, he could scoot up the rankings fairly quickly.

All for Naught
The biggest impact on the Cubs’ 2020 draft is going to be the management structure that Theo puts in place this offseason. However, talent is talent and a big powerful bat is going to be hard to ignore. The questions start to come in when discussing whether the ceiling of a HS kid can be achieved or whether the floor of a college guy, who has some more experience, might be a safer bet. The concept of risk in that choice will be an interesting discussion, but the Cubs have trended toward that college bat as the much safer pick.

Here’s the big takeaway from today: It’s October. The draft is in June. A whole ton of stuff is going to change about rankings right up to the day of the draft. Players are going to rise and fall. Who knows, maybe none of these guys are going to be available when pick 16 rolls around in June of 2020. Or, maybe they all will be. You never know.