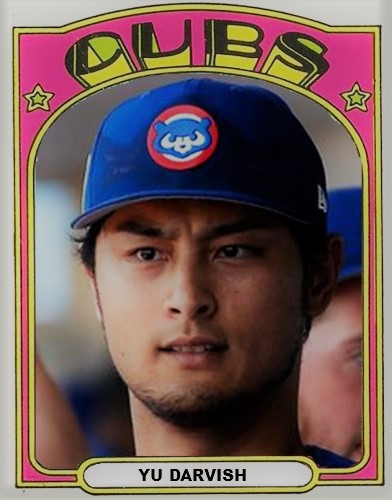 When I heard last night that the Padres had traded for Cy Young winner Blake Snell from Tampa, my first thoughts were that the Yu Darvish deal was dead. Completely. Like it’s never ever, ever, ever going to happen.

Well, I got that wrong and so did everybody else except San Diego

There are lots of implications for this trade.

I am not surprised that Darvish was on the block, I’m just surprised that he is likely going to San Diego and that might’ve been the best thing that the Cubs could’ve done in terms of trading partners because the Padres have a ton of talent to trade away as they try to catch up with the Dodgers.

For 2021, the Cubs joined the rest of the NL Central and dumping whatever salary they could. However, the Cubs might not be done just yet. The trade of Darvish would blow the 2021 season out of the water. The trade and loss of talent could set up future trades this summer to acquire even more talent if the Cubs are out of it by July. It might also make it easier to trade some impending free agents. It’s hard to say right now if the Cubs would trade Bryant at this point in the off-season but since the Padres are making moves, who knows. The Dodgers might even be interested just to keep up with the Padres.

When it comes to the Cubs starting rotation, it doesn’t look good. The biggest arm  in terms of velocity will be Adbert Alzolay, but the Cubs would basically be trotting out three guys (Hendricks, Mills, and Zach Davies) who normally throw under 90 miles an hour. It doesn’t open doors for Cory Abbott and other minor league players, but it doesn’t shut it in their face either. I don’t think we’re done talking about the starting rotation for 2021 for a long time.

What the deal does is it allows the Cubs up to go out and spend some major bucks at the end of next season as long as fans return. The Cubs payroll could be under $100 million and they could possible afford to go out and actually get a lot of talent in the free agent market next winter.

With the prospects the Cubs might pick up in this deal, it helps the farm system that could be on the rise in 2021 as long as there’s a season. Whether any of those guys are ready to help out at the big league level in 2022 is a whole other post for this summer.

After what has taken place the last year in the world, this seems like the final nail in the coffin.

I am off to make some baseball cards now. I will also probably come back later tonight with a write up once the deal is “officially” done.

I will leave you with this appropriate song.